The district “Regattastraße” is characterized by its idyllic location close to the waterfront.

The two “Torhäuser” (literally “Gate Houses”) in the centre of the quarter flank a canal-shaped watercourse which is the connecting link between the Dahme River and the central large water basin.

The design concept of the Torhäuser is based on rectangular ground plans, that are alternatingly twisted to a 90° angle.

In order to emphasise the appearance, the materiality of the fasade changes between glass and wood.

The closed fasade areas are made from prefabricated wooden elements
with suspended flamed Douglas pales.

The two houses, with six upper floors each, will be the tallest buildings in this new quarter. 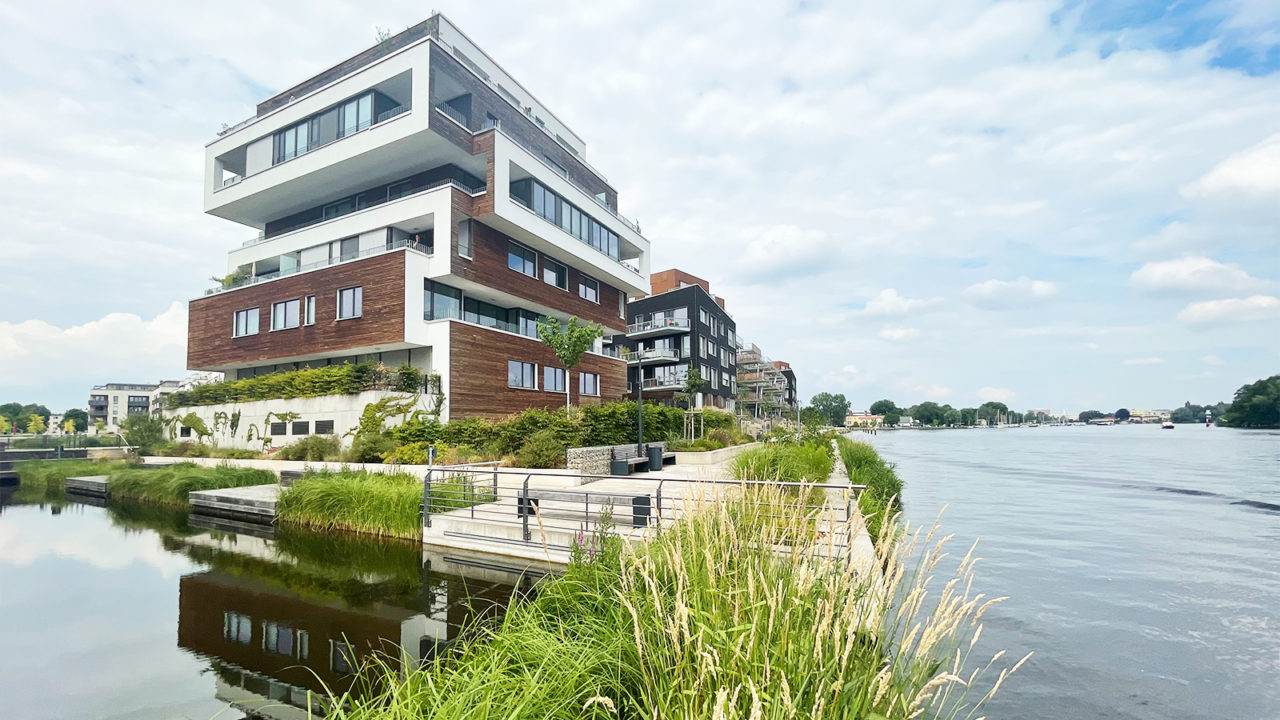 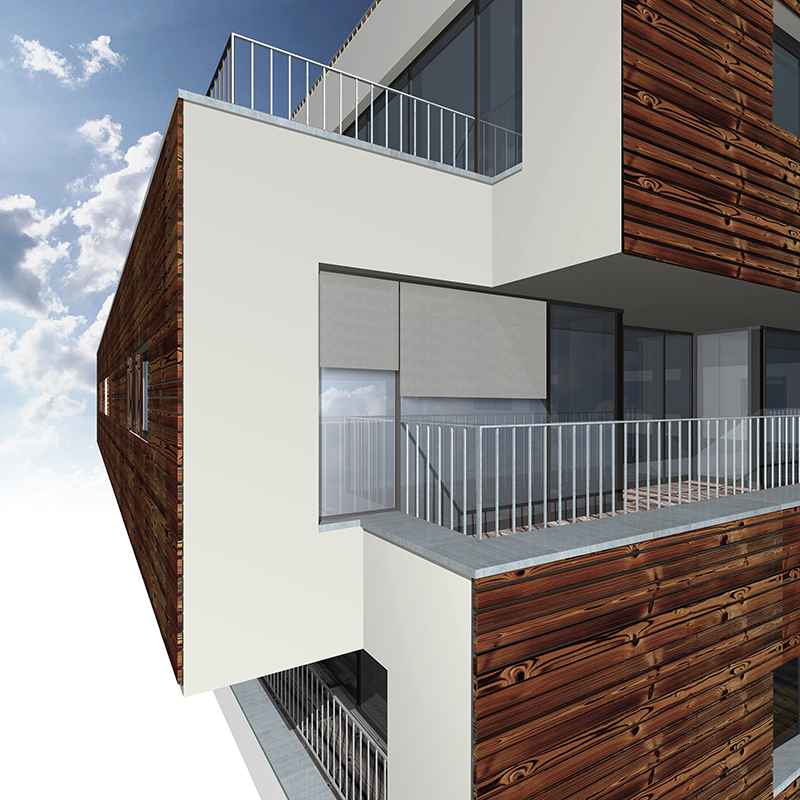 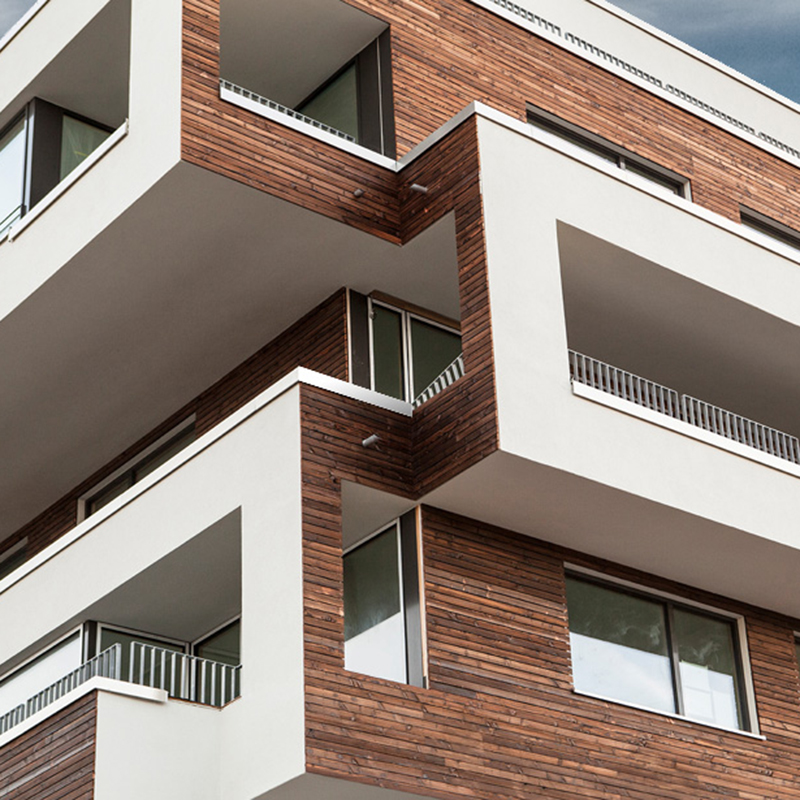 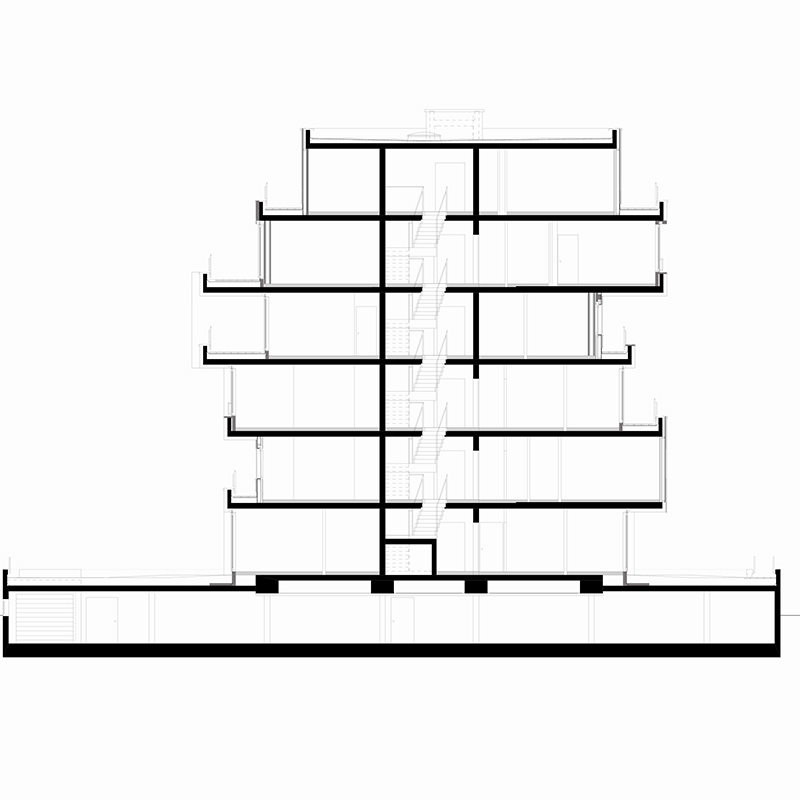 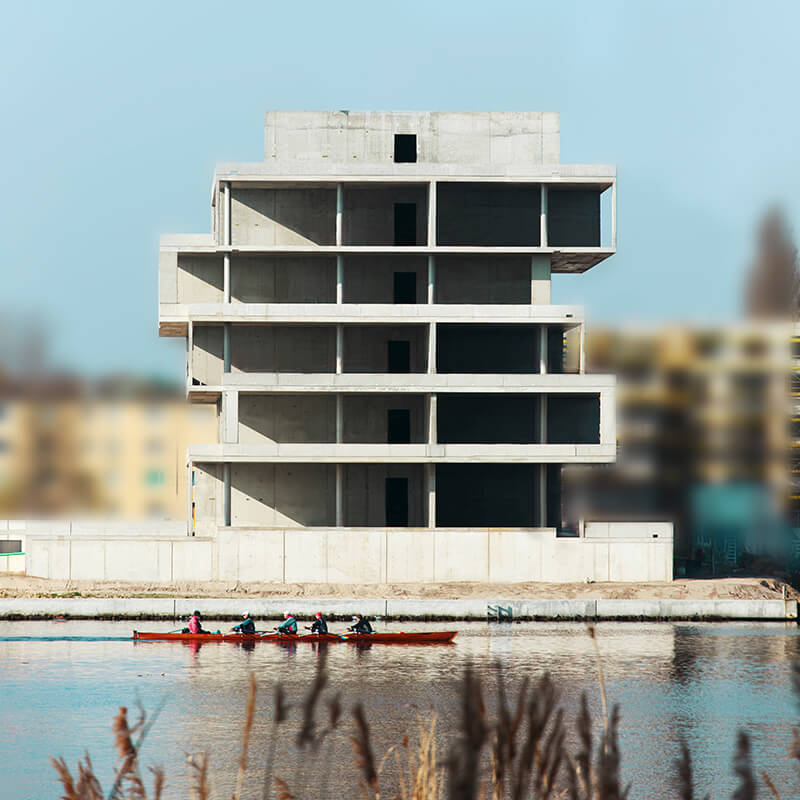 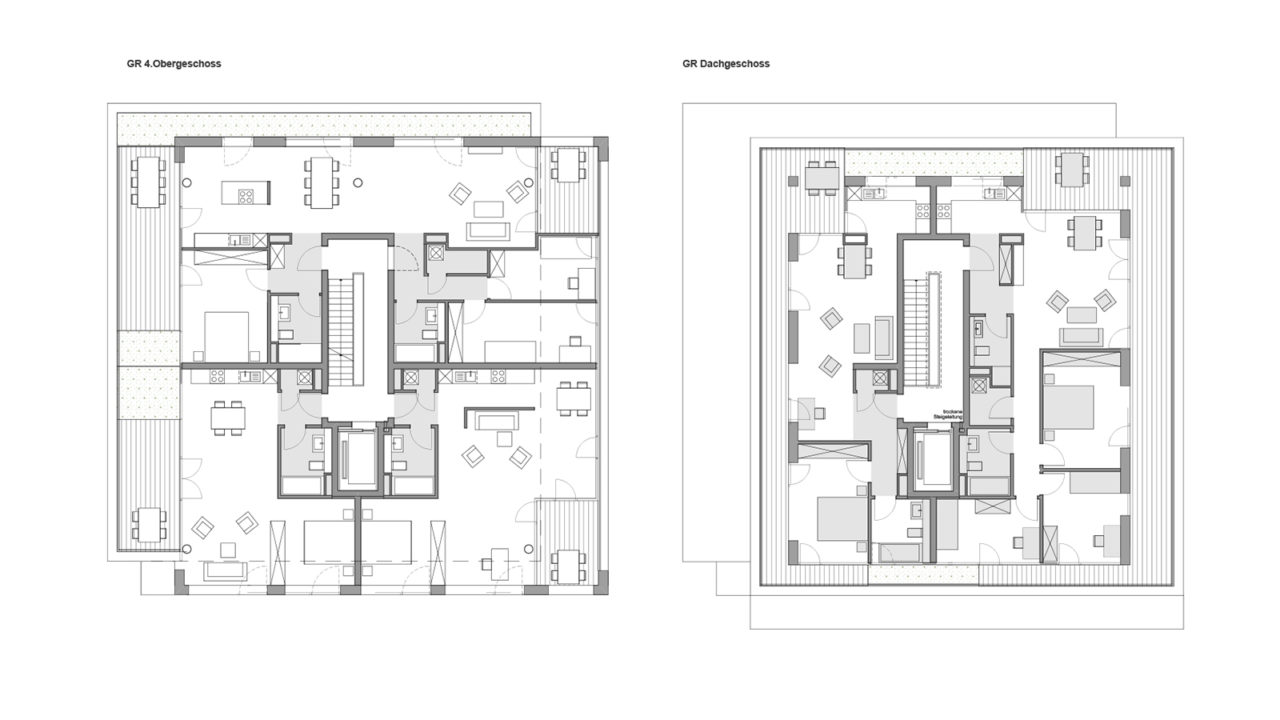 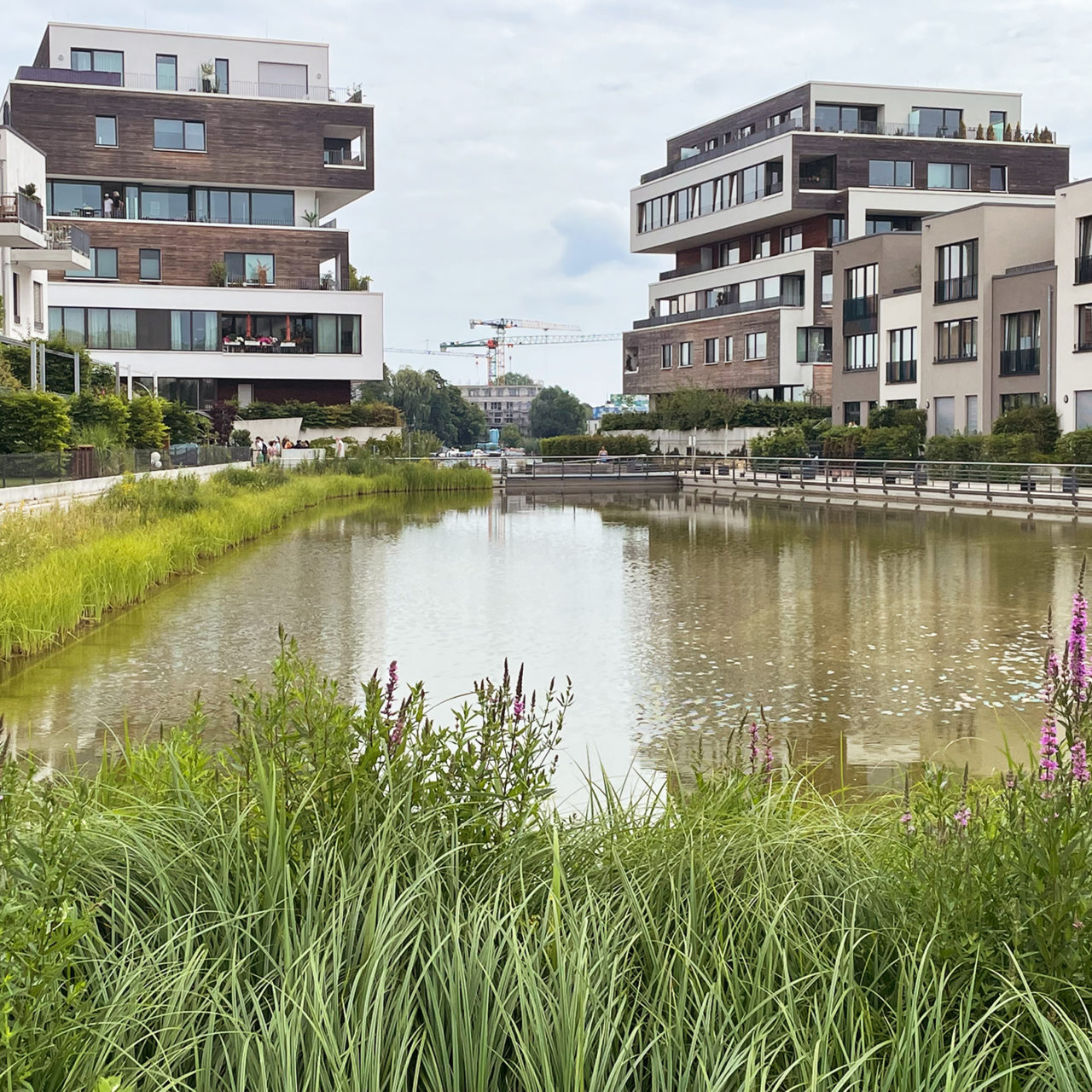