Conversion, refurbishment and extension of a hotel in Düsseldorf’s Media Harbour with a total of 175 rooms, restaurant, conference, spa.

One of the rather early new buildings Speditionstraße 11 from 2002 is undergoing both an architectural and a content-related revision.

The hotel with about 145 hotel rooms, restaurant, fitness and conference areas will be modernised and extended.

The interior fittings are adapted to contemporary requirements.

In the course of the modernization, up to two storeys of the building can be added to accommodate the heights of the listed adjacent warehouse at Speditionstraße 13.

The planning envisages an extension with about 30 additional hotel rooms, mainly with a view of the harbour basin.

The formal design of the facades of the new storey is less prominent than that of the neighbouring historical warehouse.

It is an aluminium-glass construction with a mirror effect.

This façade design, which is differentiated from the front edge of the façade by a slight folding, allows the house to merge optically

– almost disappearing – into the sky. 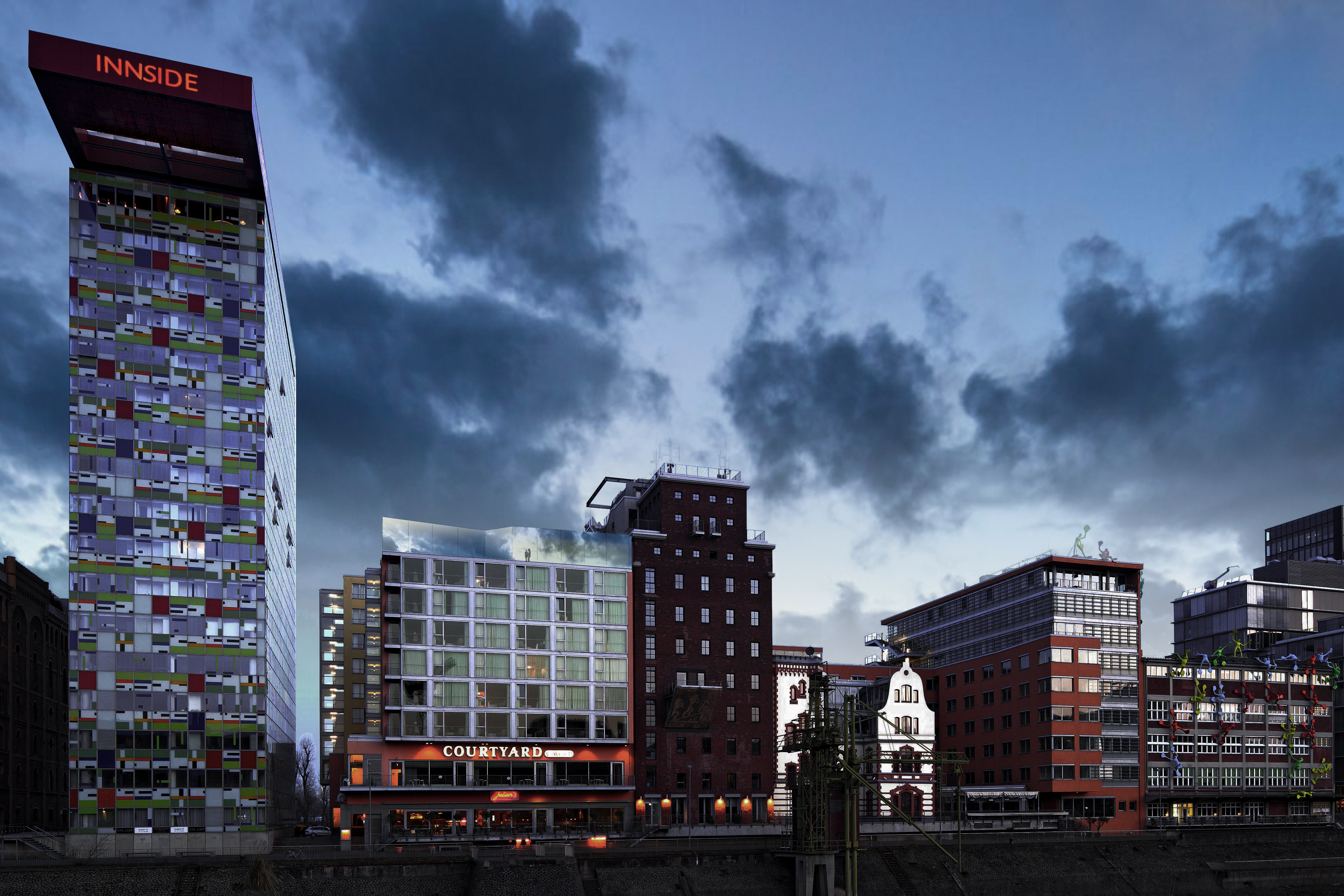