THE PASSENGER houses to landscape or the disappearance of architecture

Next to the runway of Berlin’s Willy Brandt Airport, a multifunctional house is being built as part of a new city district between the railway tracks on a triangular plot.

On an area of ​​around 13,000 m2 are a large hotel with conference area, event and culture hall, sky bar and restaurant, as well as commercial units including a supermarket planned.

The roof of the house is completely walkable and covered with lush nature, so that the footprint is reduced and according to the principle of the sponge city, the house is already planned sustainably as a key concept idea in addition to the ecological building materials we are used to.

The urban figure opens up with the layout of the two building wings and the central pocket park to the sun and with a spectacular view of the airport. 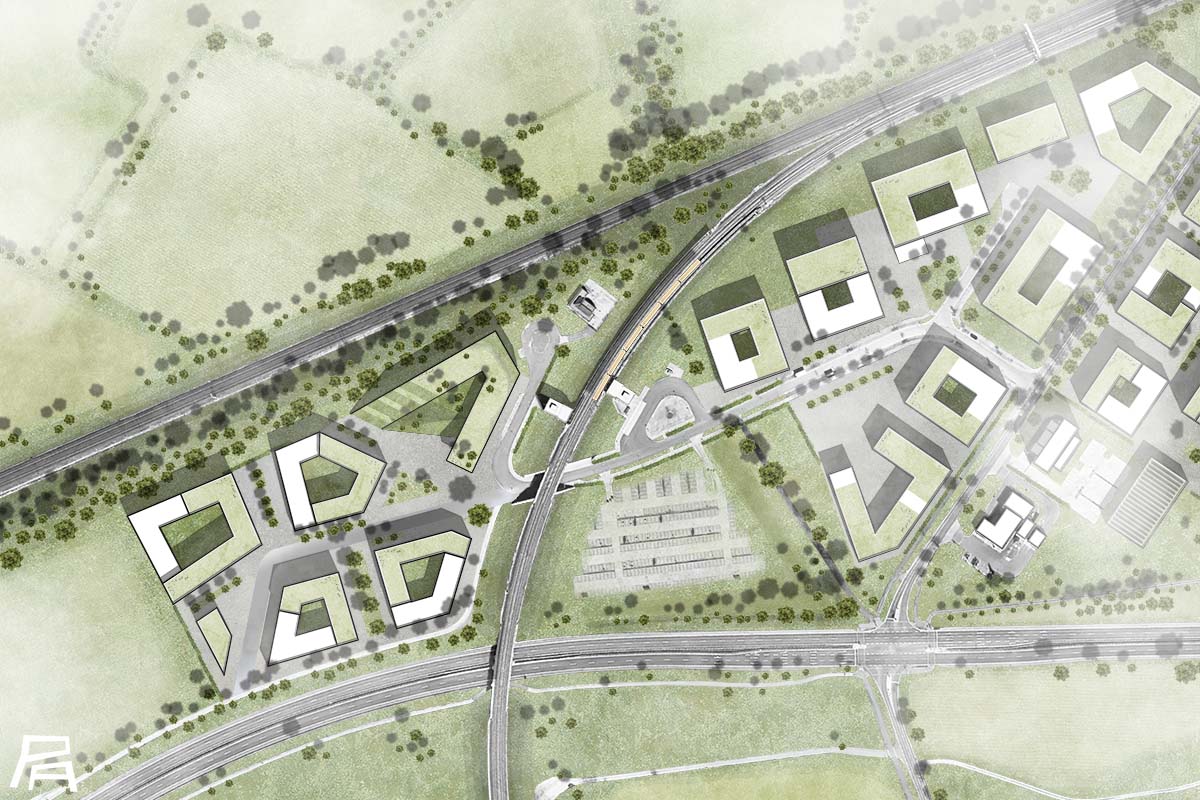 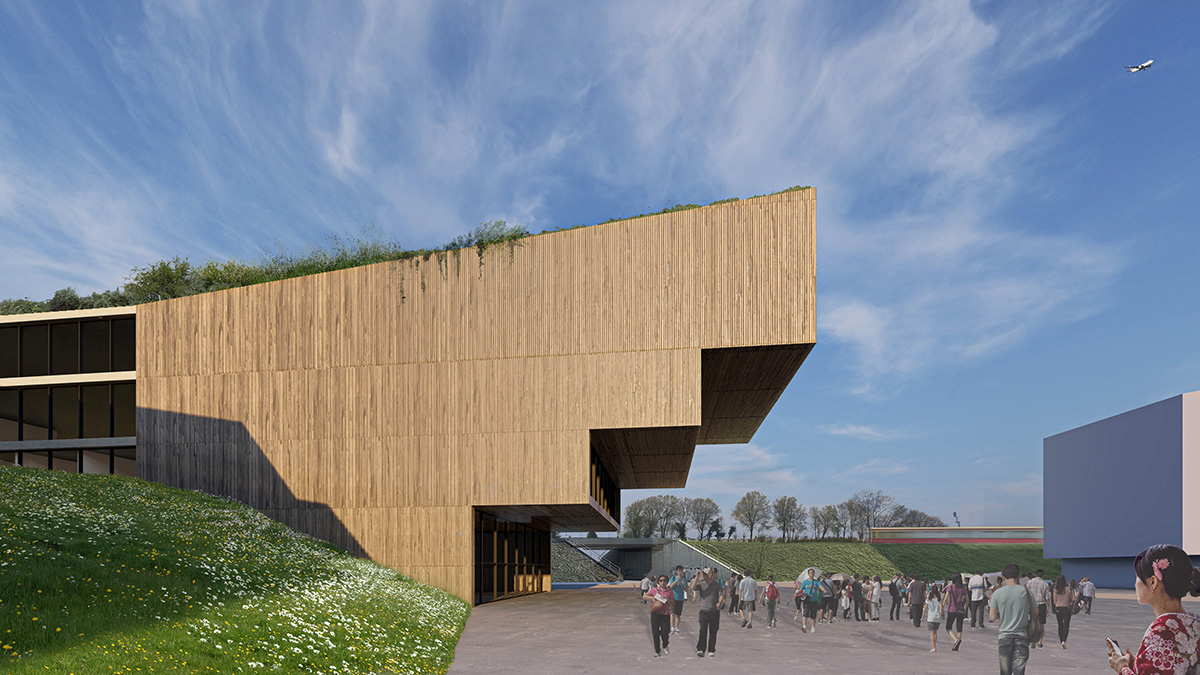