The place is characterized by a heterogeneous urban development-like usage-specific structure that contains the planning area.

In the eastern and western directions industrial estates immediately attach themselves.

While in southern and northern neighborhoods border residential areas with predominantly single-family houses.

. Further additional buildings are located on the property.

The new urban development concept provides for the preservation and strengthening of the of these two buildings, supplemented with new building areas.

The barrack-like complimentary buildings are being demolished.

Two one to three-storey buildings partially superimposed on the existing building new buildings with commercial and residential use on the upper floors complement the urban ensemble.

On these The result is an enclosed inner courtyard and garden, which connects the northern residential area

with the southern public road.

The second concept additionally defines the northern closure to Tiniusstrasse and structures the public thoroughfare as a diagonal across the property.

The aim of both concepts is the transformation of the currently unstructured urban development location into a town that encompasses the demands of a structure worth preserving as well as urban development adapted to modern working and living conditions, but not neglecting a high standard of living for the entire quarter.

This includes new open spaces accessible to the general public. 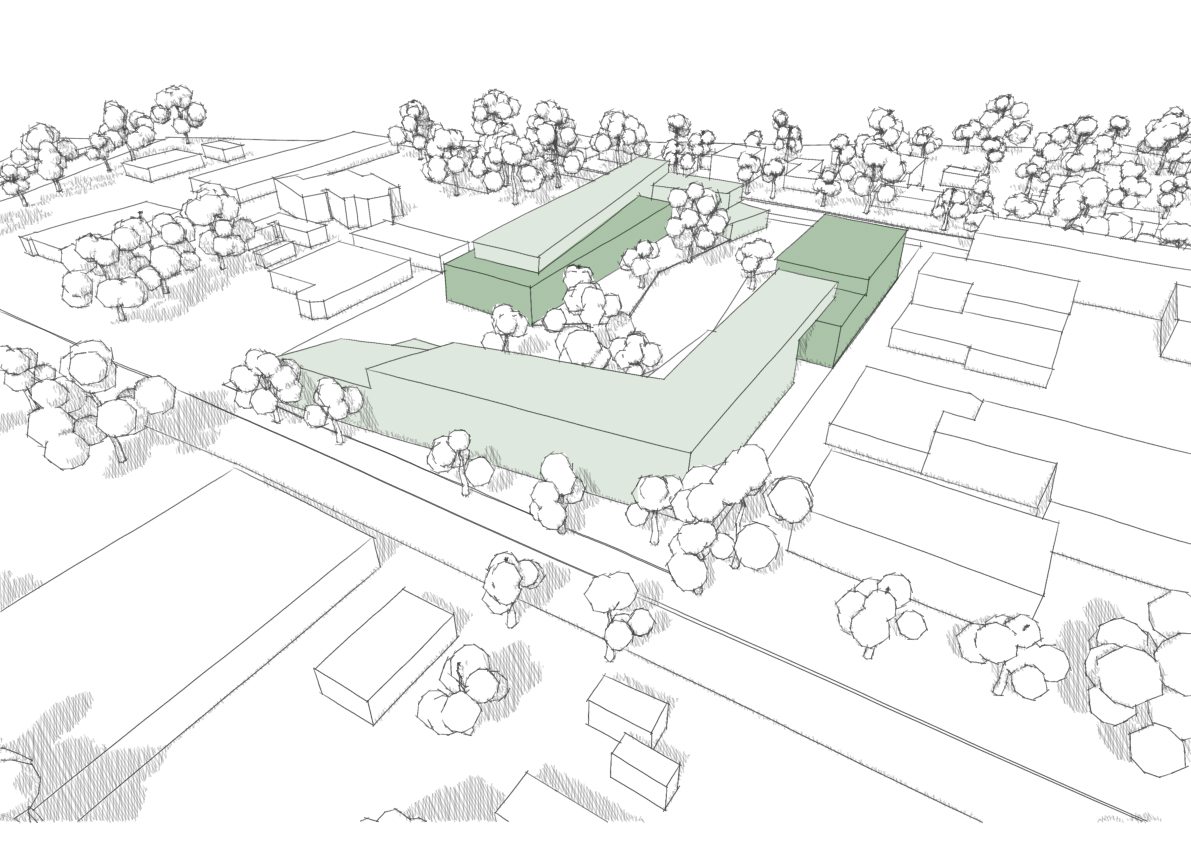 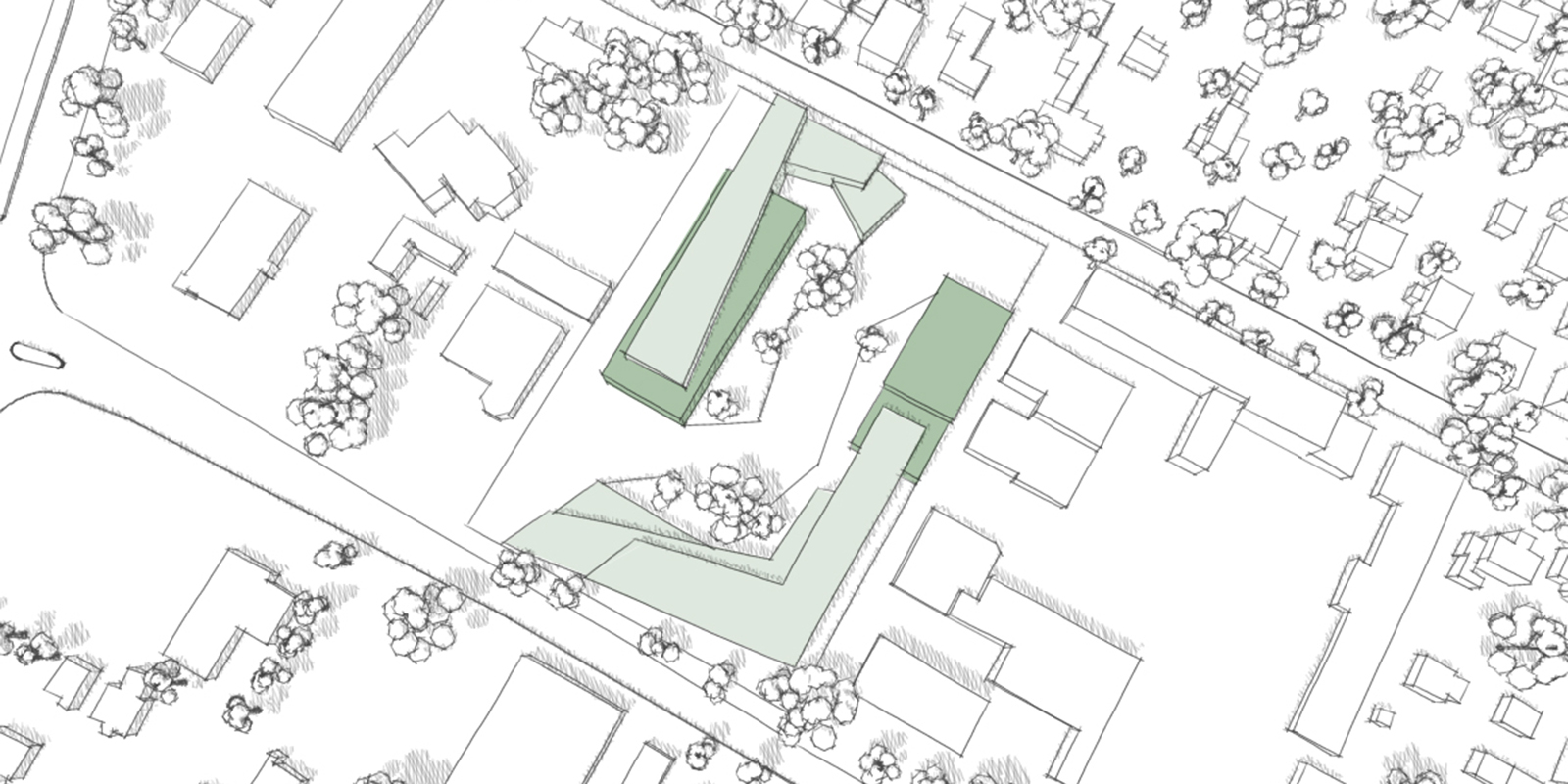 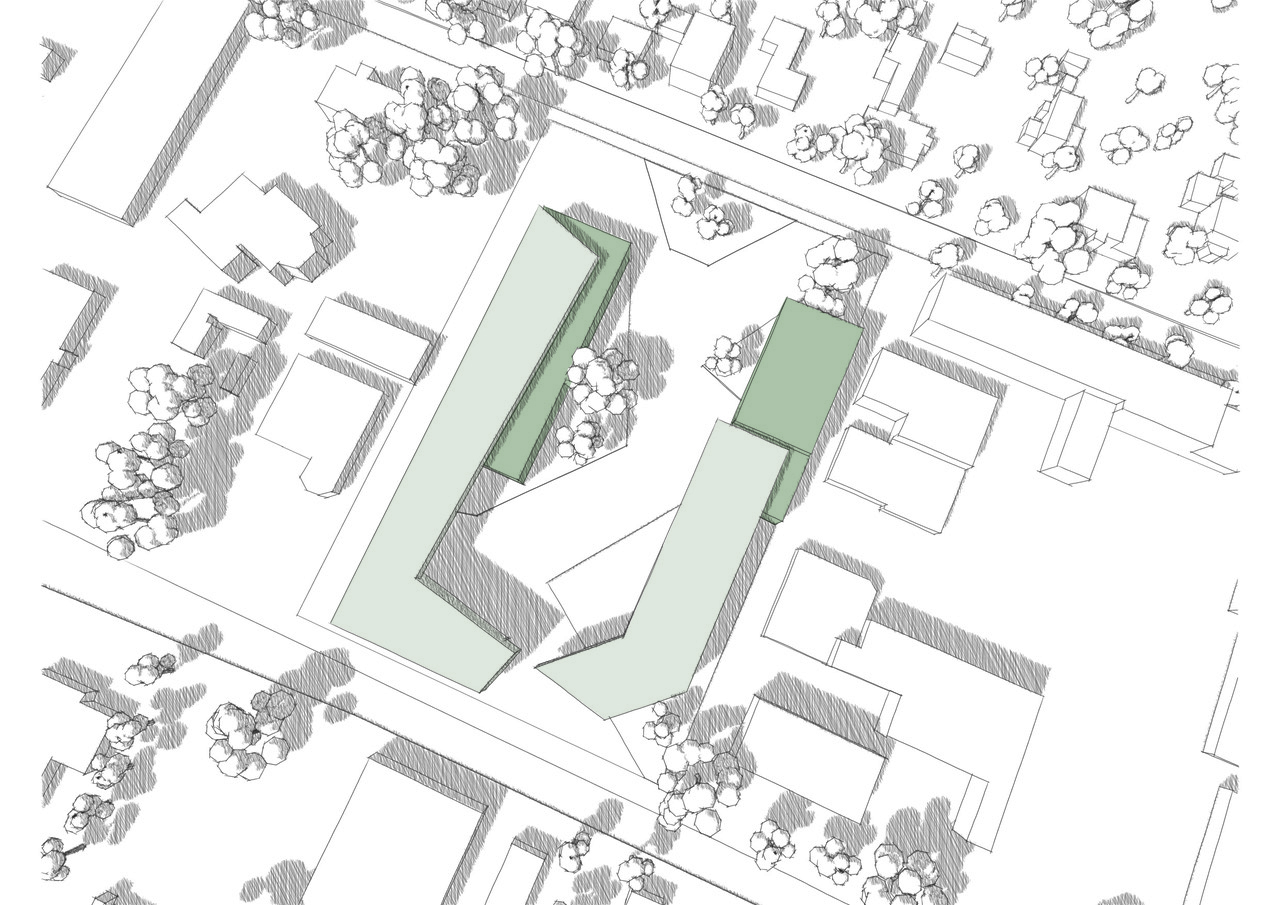