We interpret the modular extension of the buildings and their extension through the balconies and loggias as a proposal for the similar treatment of further buildings of this type in Berlin, Brandenburg and beyond, if there is an increased demand for additional living space in the individual cities.

Due to the special situation of the settlement ´Zum Kahleberg’ and its attractive location in the forest, the relatively large distances between the buildings and the increased demand for housing in Potsdam (especially in the area of smaller housing units, eg for students), this location offers a structural consolidation of the building, aiming for the least stress on the area and forest cover, while taking into account the utmost openness and permeability of the entire area.

For this reason, we envisage a further development of the existing buildings in modules, which can be applied as a whole to the building site as a whole, but also in parts of individual modules with different densities.

The new, considerably larger balconies (Tetris) can be planted in parts.

Due to the different layout and arrangement of the superior balconies, each apartment gets its own identity so that the monotony and uniformity of similar settlements of this kind won‘t exist anymore. 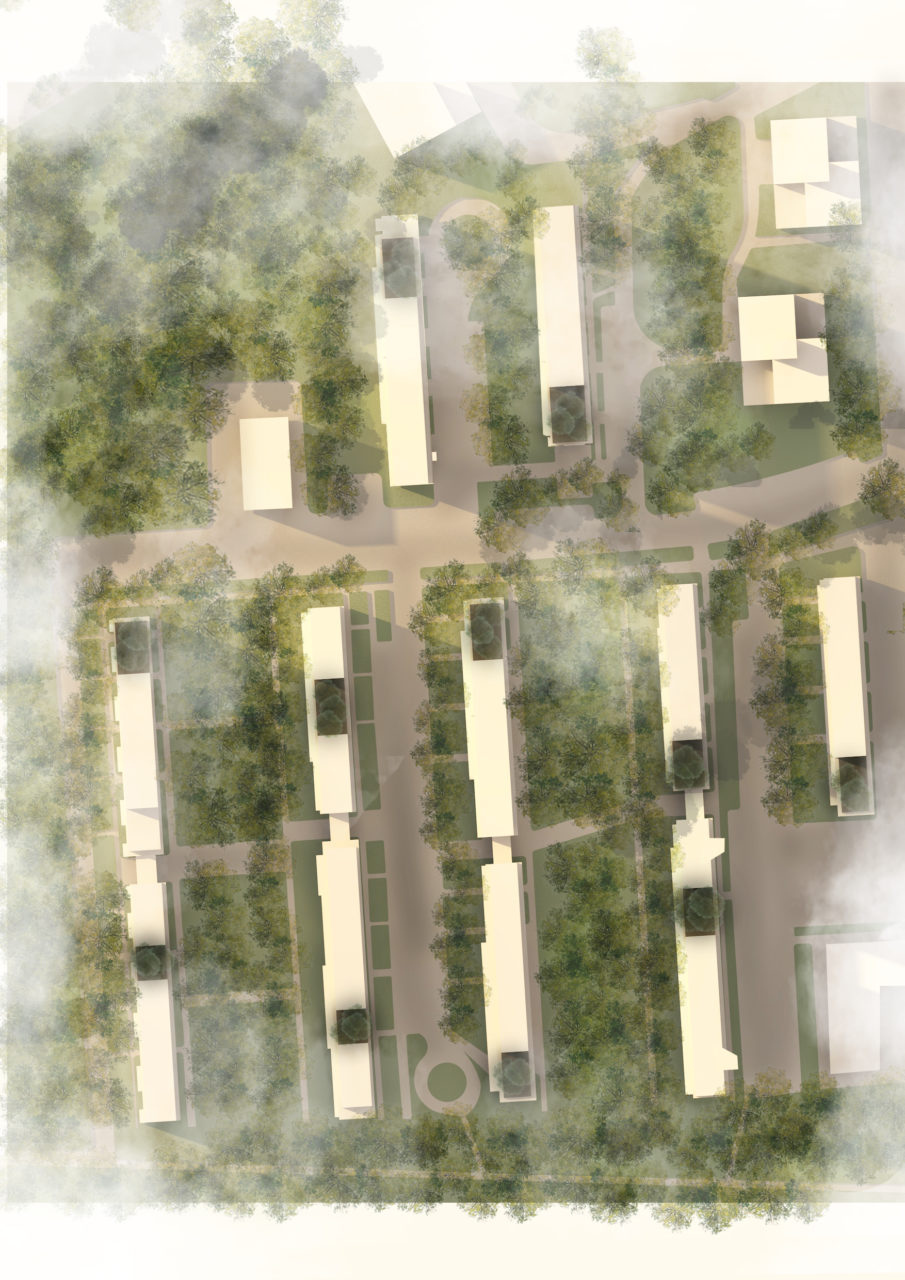